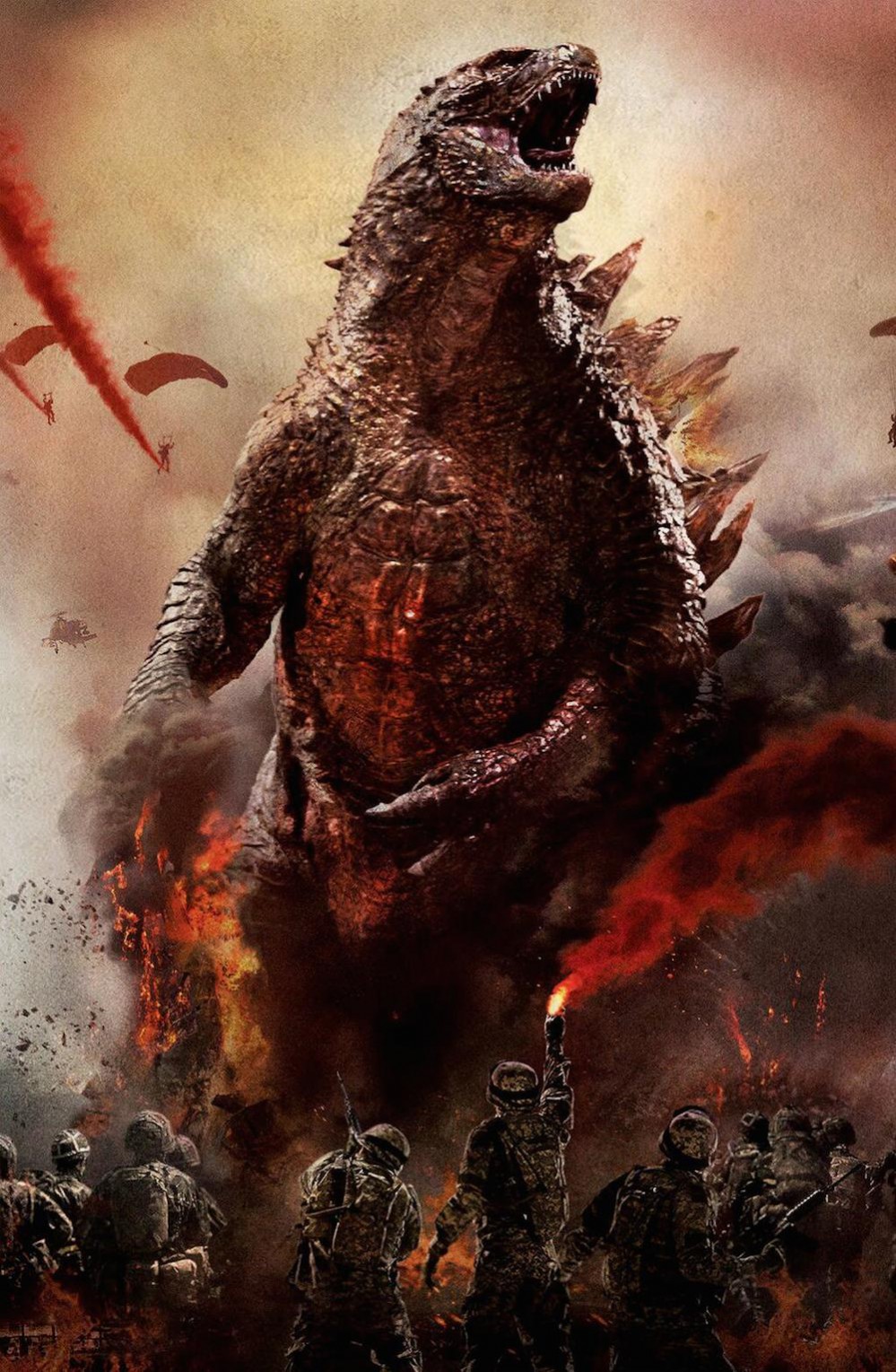 A GARETH EDWARDS FILM the certain magnitude of the weapon is enough to turn everything to dust.

When AARON TAYLOR-JOHNSON had recorded the seismic activity

KEN WATANABE of a 1MT surface burst onto Bikini Islands

ELIZABETH OLSEN emphasized that there are monsters in the depths of the pacific.

SALLY HAWKINS search there by submarine

Walter Malcolm has claimed that government men dressed in white lab coats routinely appear at site and BRYAN CRANSTON shortly after the event all residents are sworn to silence.

There are many references to living dinosaurs in the bible. Such is the case in Job 41 71-14 and Isa 27 VICTOR RASUK to as “Leviathan”. There are countless other passages that refer to “dragons” as well. As a matter of fact, “dinosaur” is a relatively modern term which means “terrible lizard”.

Are these animals real? Can we prove they even exist or are they merely men in rubber suits with COSTUMES DESIGNED BY tricksters SHAREN DAVIS we may never learn the answer ‘what lurks below’.

The call response of bats may give us clues. VISUAL EFFECTS SUPERVISOR JIM RYGIEL has used sonar to map this communication.

SOUND DESIGN by its nature is always ERIK AADAHL a disruptive and ETHAN VAN DER RYN violent birthing process for all parties.

The monster communicates through MUSIC COMPOSED AND CONDUCTED BY ALEXANDRE DESPLAT

Not to be discussed with FILM EDITOR BOB DUCSAY. This confidential document must not be shared.

The illuminati has been using PRODUCTION DESIGNER OWEN PATERSON to build facilities to hide their study of the creature and it’s origins. All clues are suppressed.

The bomb site is classified and will be detonated at 0800 pacific. DIRECTOR OF PHOTOGRAPHY SEAMUS MCGARVEY will shoot. There will be no living organisms on the island.

The only proof we have lies within EXECUTIVE PRODUCERS PATRICIA WHITCHER ALEX GARCIA ledgers notes.

PRODUCED BY the fire-breathing THOMAS TULL

Reliability of these sightings is still questionable BASED ON THE CHARACTER witnesses. One must ask, is GODZILLA OWNED AND CREATED BY TOHO COMPANY, LTD.

This is the Zuiyo-Macu carcass first described in a Japanese STORY BY New Zealand fishermen in 1977. The carcass DAVID CALLAHAM was decaying and weighed 4000 lbs. This dinosaur had been dead for about thirty days. Pseudo Scientists tried to say this was a mere basking shark.

There are photos of animals yet to be named. In the new SCREENPLAY BY occult author and nature enthusiast MAX BORENSTEIN, he seems to explain what these odd animals are.