The Star Wars That I Used To Know 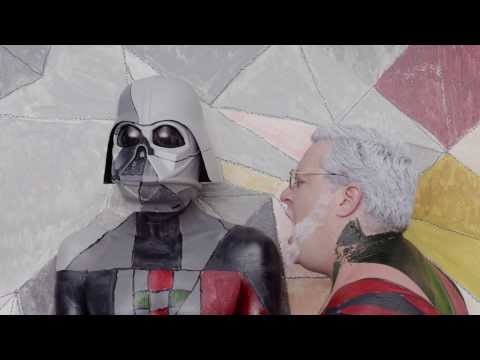 Here’s our spoof of Gotye’s “Somebody That I Used To Know”, done Star Wars style, of course. It’s a story of heartbreak to which Star Wars fans everywhere can relate. And even with all that heart ache, it’s still a better love story than Twilight.

[DARTH:]
Now and then I think of when I was in power
Like choking people with the Force until they died
But then you told them all my history
And took away my masculinity
And had my character portrayed by subpar actors.

You are now addicted to an overuse of graphics
And making Greedo shoot first? Han shot first.
So when you tried to have the Force make sense
You introduced the midichlorians
And what’s the deal with having me be dubbed over (Noooooooooo!)

But you didn’t have to change it all.
Make ‘em like they never happened and the fans are nothing
I don’t even need your love
But you treat me like a Bantha and that feels so rough
No you didn’t have to make them blow
Have your friends direct your movies and they’ll turn out better.
You think that you don’t need them though
What happened to the Star Wars that I used to know

[GEORGE LUCAS:]
Now and then I think of all the times I screwed fans over.
I had them believing that the first three films were really done.
But Star Wars will be done my way
I don’t care what you have to say
I think that they should let it go
And they’ll never get the Blu-Ray of the Star Wars that you used to know

[DARTH:]
You didn’t have to change it all.
No more puppets, no more practical effects or nothin’
I don’t even need your love
But you treat me like a wampa and that feels so cold.
No you didn’t have to sell your soul
Do we really need to watch them all again in 3D?
Jar Jar was an all time low
What happened to the Star Wars that I used to know