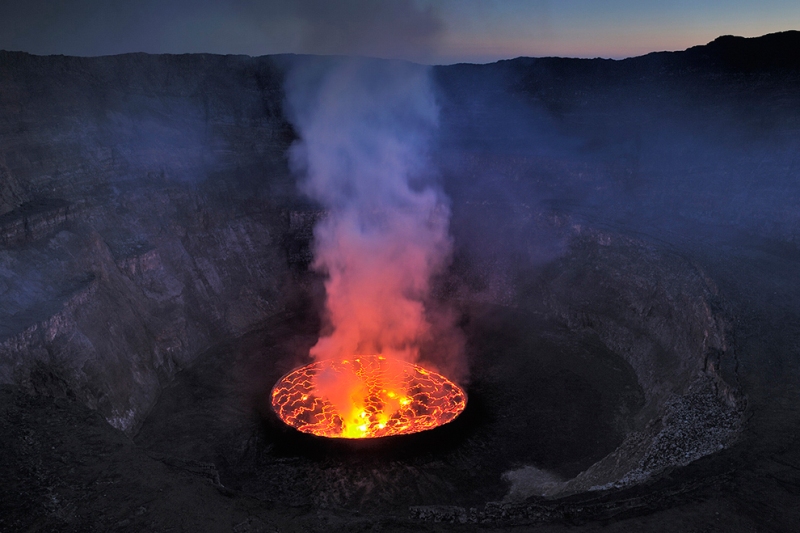 In June 2010, a team of scientists and intrepid explorers stepped onto the shore of the lava lake boiling in the depths of Nyiragongo Crater, in the heart of the Great Lakes region of Africa. The team had dreamed of this: walking on the shores of the world’s largest lava lake. Members of the team had been dazzled since childhood by the images of the 1960 documentary “The Devil’s Blast” by Haroun Tazieff, who was the first to reveal to the public the glowing red breakers crashing at the bottom of Nyiragongo crater. Photographer Olivier Grunewald was within a meter of the lake itself, giving us a unique glimpse of it’s molten matter. (The Big Picture featured Olivier Grunewald’s arresting images of sulfur mining in Kawah Ijen volcano in East Java, Indonesia, in a December 2010 post.) — Paula Nelson (28 photos total)