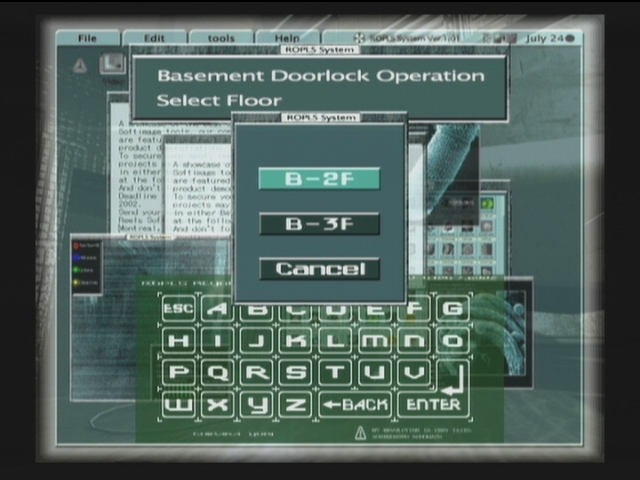 1. Any PERMISSION DENIED has an OVERRIDE function.

2. Complex calculations and loading of huge amounts of data will be
accomplished in under three seconds. In the movies, modems transmit
data at two gigabytes per second.

3. When the power plant/missile site/whatever overheats, all the
control panels will explode, as will the entire building.

4. If you display a file on the screen and someone deletes the file,
it also disappears from the screen. There are no ways to copy a
backup file — and there are no undelete utilities.
Corollary: Deleting a file instantly removes all copies of said file from
disks, memory, frame buffers and caches across all computers in the universe.

5. If a disk has got encrypted files, you are automatically asked for
a password when you insert it.

6. No matter what kind of computer disk it is, it’ll be readable by
any system you put it into. All application software is usable by all
computer platforms.

7. The more high-tech the equipment, the more buttons it has. However,
everyone must have been highly trained, because the buttons aren’t labeled.

8. Most computers, no matter how small or old, have reality-defying
three-dimensional, real-time, photo-realistic animated graphics capability.

9. Laptops from 1992 always seem to have amazing real-time video phone
capabilities and the performance of a CRAY.

10. Whenever a character looks at a terminal, the image is so bright that it
projects itself onto his/her face.

12. (From Independence Day) No matter what kind of virus it is, any computer
can be infected with it — even an alien spaceship’s computer — simply by
running a virus upload program on a laptop.

13. (From Jurassic Park) A custom system with millions of lines of code
controlling a multimillion dollar theme park can be operated by a 13 year
old who has seen a Unix system before. Seeing an operating system means you
know how to run any application on that system, even custom apps.
Note: What OS was it really running?
(1) “These are super computers”. A CrayOS?
(2) “Quicktime movie, Apple logo, trash can.” MacOS?
(3) “Reboot. System ready. C:\” DOS?
(4) “Hey, this is Unix. I know this” Unix?
The computers in Jurassic Park were Cray supercomputers running the MacOS
as a graphical shell of DOS all layered on top of a Unix base.

14. You cannot stop a destructive program or virus by unplugging the computer.
Presumably the virus has its own built-in power supply.

15. You cannot stop a destructive program downloading onto your system by
unplugging the phone line. You must figure out the mandatory “back door”
all evil virus programmers put in.

16. Computers only crash if a virus or a hacker is involved.

18. Word processors do not have an insert point.

19. The only way to reboot is to shut off the main power to the building.

20. Passwords can be guessed in three and exactly three tries. If you cannot
guess the password in three tries, you must give up immediately.

21. Any task or program can be executed by simply pressing Enter, no matter
which program or window is in the foreground.

22. All scanners, video cameras and digital cameras have a resolution of
approximately 500 megapixels. Any image can be infinitely magnified with
no pixelization.

23. Security will not improve over time. Nonaffialiated personnel can take
over a space ship without needing an account or access control.
Corollary: Anyone can override access control lists in the future.

25. Incoming messages are displayed letter by letter. Email over the Internet
works like telegraphs.

27. GUI operations, such as image selection and manipulation, can be handled
easily and quickly via the keyboard.

29. Cell phones and laptops have infinite battery life, until you need to
call for help.

30. Latency does not exist. Voice and data can be sent to Mars in real time.

31. If all else fails, hit it. That fixes everything.

32. If you don’t have the combination to an electronic door lock, shoot it.
Destruction of the lock electronics will always unlock the door.

34. When entering a password, it will be displayed as clear text,
in a 96 point font and on a 50 inch wall mounted screen. However,
everyone is really courteous, as password snooping doesn’t happen.[/more]