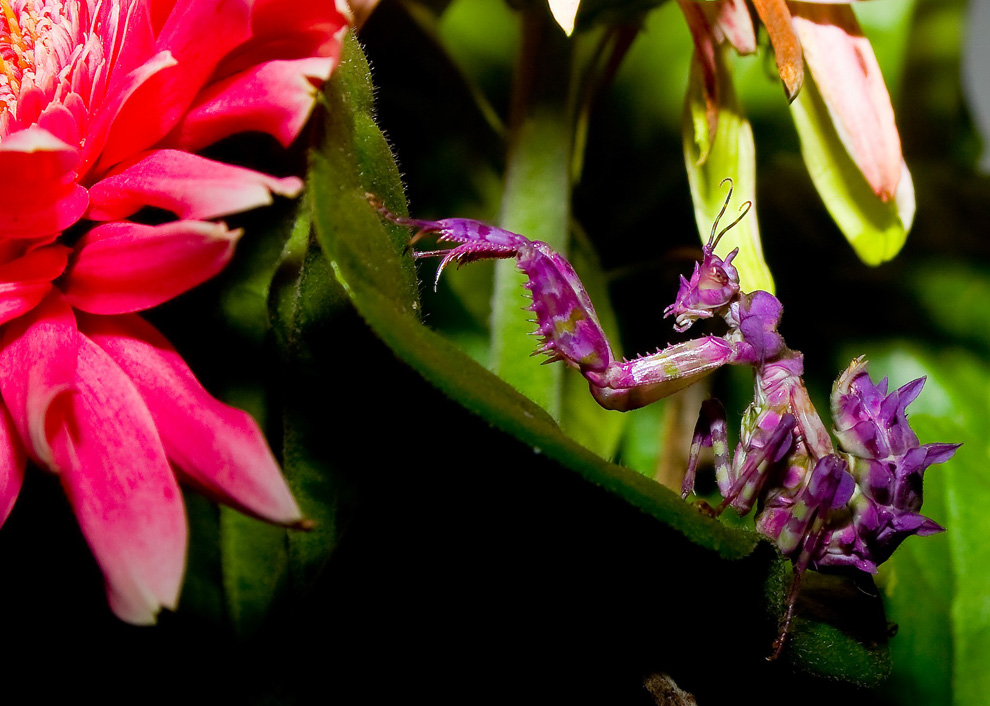 Praying Mantis – Pseudocreobotra wahlbergii. This beautiful whalbergii evolved through two of its nymph-stages on the Barberton Daisy at left, surviving because of its bright color which blended so well with the flower. Towards the end of its growth into an adult, it became a little more adventurous (but not much more) as pictured here. Once it had shed the layer in this picture, it became a fully-fledged adult, and departed after about two weeks. Total stay in this tiny ecosystem was approximately six weeks. (Photo and caption by Fred Turck) 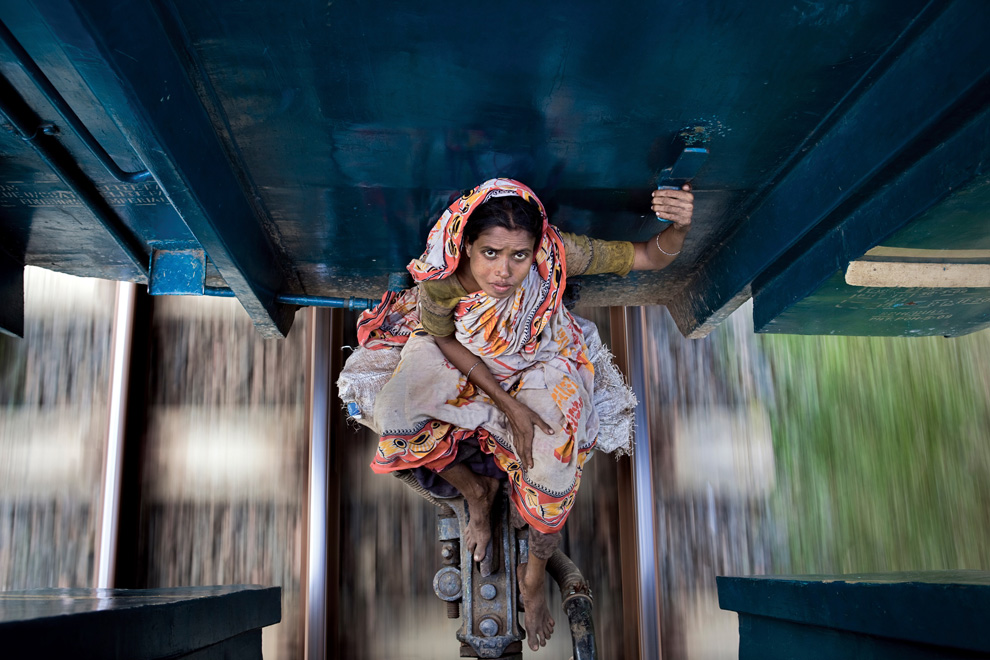 Unsafe Journey. A woman is riding between the railway carriages of a local train heading north from Dhaka, the capital of Bangladesh. Her luggage is tucked under the carriage in front of her. It is the month of Ramadan, a fast which culminates in Eid-ul-Fitr, a three-day celebration. Tens of thousands of people leave the city to go to their home village and celebrate with their families. Trains are packed and many who fail to get tickets before they sell out or can’t afford buying them at the black market ride on the roof of the train or, like this woman, finds a quiet spot between the carriages. (Photo and caption by Amy Helene Johansson)