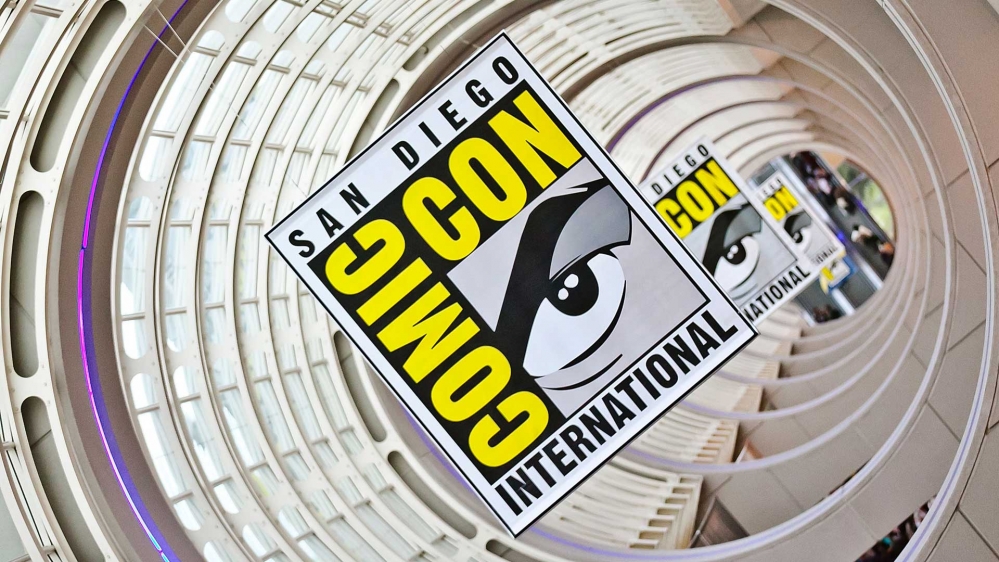 Amazon – The Man in the High Castle
Room 6A
4:15 – 5:15 PM
Panel discussion of season 2 with executive producer Isa Dick Hackett, daughter of the late Philip K. Dick, along with members of the cast and crew.

MTV – Teen Wolf
Ballroom 20
4:30 – 5:30 PM
Executive producer Jeff Davis and the cast of Teen Wolf will be on hand to talk about the upcoming season, answer fan questions, and share the first sneak peek of season 6.

USA Network – Colony
Room 6BCF
4:45 – 5:45 PM
Executive producers Carlton Cuse and Ryan Condal, along with series stars will give a sneak peak of the upcoming season.

Netflix – Marvel’s Luke Cage
Ballroom 20
5:45 – 6:45 PM
The cast of the upcoming Marvel series make their first Comic-Con appearance with a panel discussion and the premiere of exclusive footage from the show which debuts September 30.

Comedy Central – Drunk History and Legends of Chamberlain Heights
Indigo Ballroom, Hilton San Diego Bayfront
6:30 – 7:30 PM
Drunk History co-creator Derek Waters and other panelistss will discuss the history of the show and offer an exclusive sneak peak of the next season, followed by a Q&A with surprise guests and plenty more Drunk History debauchery! Immediately following, the team behind Comedy Central’s upcoming animated series Legends of Chamberlain Heights will present an exclusive sneak peak of the show in advance of its premiere this September.

Fox – The Rocky Horror Picture Show
Room 6DE
8:15 – 10:45 PM
Cast and producers of the remake of the 70s cult classic will be on hand to provide an exclusive first look at the upcoming two hour event.

AMC – Fear The Walking Dead
Hall H
12:00 – 1:00 PM.
Cast, creatives and producers will be on hand for a panel discussion of the show looking back on season 2 and ahead to season 3.

the CW – The 100
Ballroom 20
Attendees (TBA) will look at the show’s upcoming fourth season.

AMC – The Walking Dead
Hall H
1:00 – 2:00 PM.
Cast, creatives and producers will discuss where the show goes following the shocking cliffhanger ending of the most recent season.

AMC – Preacher
Hall H panel
6:30 – 8:30 PM.
The supersized panel will feature a live-read of the script for the penultimate season one episode, along with a panel discussion featuring the cast and creatives behind the series based on the classic Vertigo/DC comic book.

SyFy – The Expanse
Indigo Ballroom, Hilton San Diego Bayfront
3:00 – 4:00 PM
Cast and creators of the show will be on hand for a panel discussion including a sneak peek of the upcoming new season show based on the bestselling book series by Daniel Abraham and Ty Franck.

the CW – Supergirl
Ballroom 20
3:30 PM
Panel discussion with series stars and EPs in advance of the show’s switch from CBS to the CW..

SyFy – The Magicians
Indigo Ballroom, Hilton San Diego Bayfront
4:00 – 5:00 PM
Cast and creators will discuss the upcoming second season in a panel moderated by Lev Grossman, author of the series on which the show is based.

the CW – The Flash
Ballroom 20
5:00 PM
Panel discussion with series stars and EPs.

the CW – Riverdale
Room 6BCF
6:30 PM
Panel discussion of the CW’s midseason show based on the characters from ArchieComics.

ABC – Time After Time
Room 6BCF
8:20 PM
A screening of the pilot episode of the show based on the 1979 science fiction film, followed by a Q&A with EPs Kevin Williamson and Marcos Siega, and series stars Freddie Stroma and Genesis Rodriguez.

Ongoing Throughout The Convention

Fear The Walking Dead – Abigail Experience
Fifth Avenue Pier behind the San Diego Convention Center
July 21 – 23
9:00am – 9:00 PM
A Fear The Walking Dead branded yacht on which fans can get a free glimpse of life for the show’s zombie apocalypse survivors, along with an autograph session with the cast scheduled for July 23.