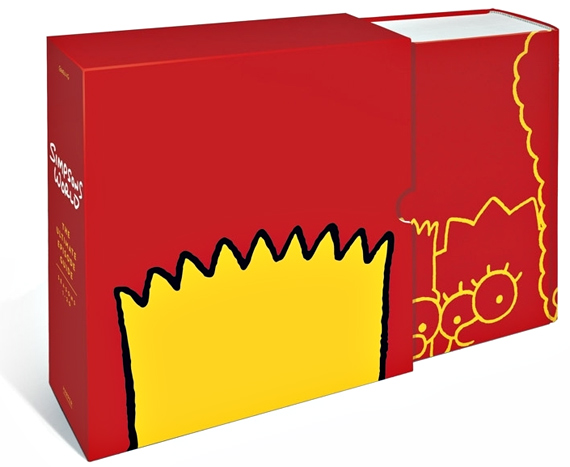 The biggest Simpsons book ever — 20 years of episodes packed into one GIANT EPISODE GUIDE! The Simpsons is more than a TV show, it’s an institution. In 2010, the show officially celebrates its 20th ANNIVERSARY, and every Simpsons fanatic will want a keepsake book to commemorate the event. Comprising a whopping 1,200 pages of full-colour episode recaps, this book will be a hilarious resource for fans around the world. The most recent Simpsons Episode Guide, The Simpsons One Step Beyond Forever (2005) took readers through season 14, leaving fans with a pent-up appetite for the subsequent years. Besides including all-new pages covering seasons 15-20, Simpsons World will also include updates of the previously-published content, in most instances doubling the number of pages devoted to each episode. (That’s more than 600 pages of new and extensively revised material!) Even fans who already have the first four volumes will find fun new art, facts, and jokes added to the first 14 seasons’ entries. Besides the incredibly comprehensive and impressive content, this will also be a beautiful book. Packaged in a stunning slip case with a book ribbon for place-holding and lush illustrations throughout, there won’t be a Simpsons fan young or old who won’t hope to find this title under their Christmas tree. Don’t miss some of these cool features – / Who Does What Voice? / Couch Gags / D’ohs / Mmms / Itchy and Scratchy Filmography / Krusty Thy Name is Merchandising / Troy McClure Tribute / Songs Sung Simpson / History of the Opening Sequence