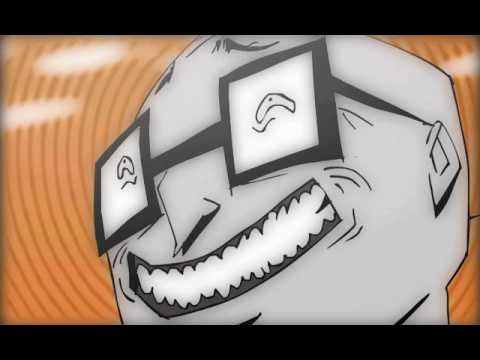 Nerd rap infests your internet. You left a trap, but it’s empty.
MC Frontalot took a gape but the bait wasn’t tempting,
ending up uncaged and at large
to talk smack at you through the networking appliance that’s in charge
of every drip of your attention.
Yo, when mine goes out I’ve got to log in just to mention
my disappointment at the interruption of convenience.
I mean just: a lot left, but none up in between this
couple of minutes here and a couple of minutes later.
It’s an outrage, at the price I paid. These dictators
of my leisure rule with an iron fist.
Has anybody ever been so put upon as this?

Muffy, my hair regrowth cream is mostly ineffective
and I’m struggling to keep this in perspective,
but I feel like a massive injustice occurred.
Says “regrows hair” on the tube (in the words)
in a third — or maybe a quarter — of all users.
I must have got swindled. Is it a fault? Of whose is?
Oooh, Muffy, Muffy, I had all the servants tortured.
Did you keep them on retainer? Do you got some more on order?
‘Cause I can’t comb my hair on my own no more.
I got accustomed to the lifestyle, sniffed upon the spore
and it molded up my innards, made the blood turn blue.
Muffy, Muffy, there’s a revolution; what we’re gonna do?

Now while our capitalism is in a minor kerfuffle,
you have to hustle. Before the fates come, reshuffle.
Rustle up another couple grievances and air ‘em.
You can laugh about it later (maybe needed while despairing).
For the moment though, you ordered half caf, didn’t get it;
there was no TV set when you jetted; internet resetted
itself just as I was in the middle
of tournament play, and so I suffered from transmittal
interruption. Completely ruined my day.
MC Frontalot’s a jackass, that’s all I’m trying to say.
People buy CDs in these days of disaster,
so poor me: I have to be a professional rapper.