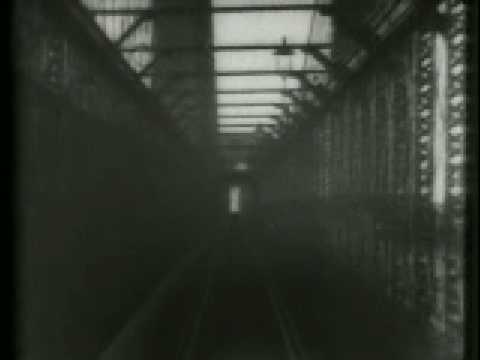 The B.M.T. train ride from Brooklyn to Manhattan. In 1898, the modern City of New York was formed with the consolidation of Brooklyn (until then an independent city), Manhattan and outlying areas. The opening of the Brooklyn Bridge in 1883 did for the city what railroad expansion and the Erie Canal did for the nation. The population was expanding due to immigration and commerce was booming. In less than five years the need for several more bridges would be apparent as Williamsburgh and the rest of Brooklyn also grew in population. On Manhattan “uptown” was moving quickly past 14th Street. Soon, people would be calling it “downtown.” The subway system was already on its way.

July 29, 1898
At six o’clock in the evening a traffic jam near the Brooklyn end of the Bridge ties up wagons and trolleys all the way back to the Manhattan entrance. Suddenly the Bridge sags a few inches at two points, approximately 250 feet on both sides of the Manhattan tower. On examination, engineers find that several trusses buckled under the roadbed, but they conclude that the damage is harmless, and make no attempt to straighten the kinks. For a few days after the incident the ferries running across the river (eleven now compared with the fourteen that had existed during the building of the Bridge) do a brisk business.*