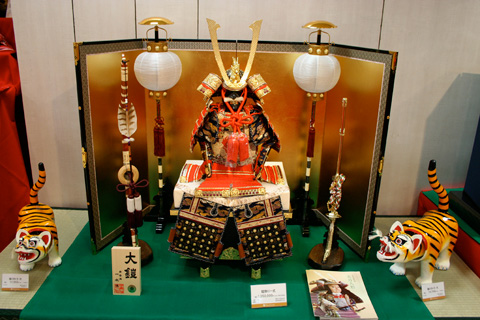 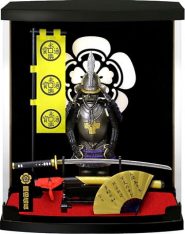 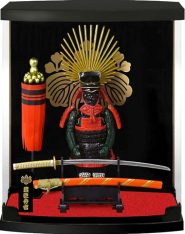 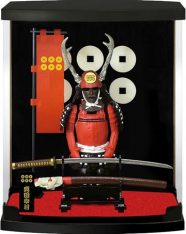 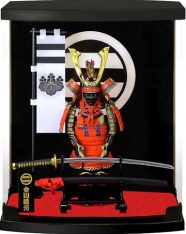 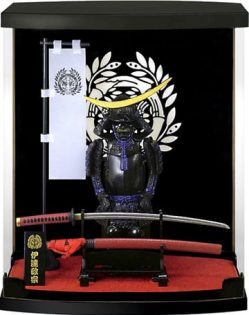 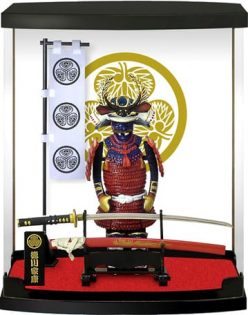 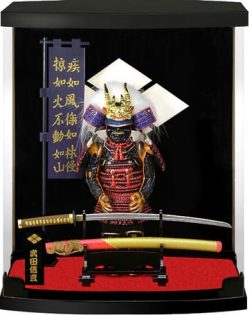 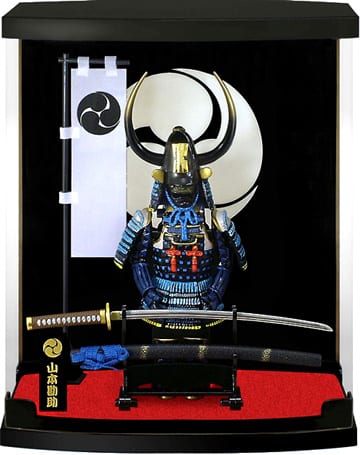 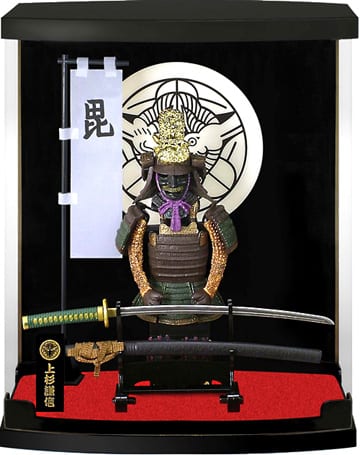 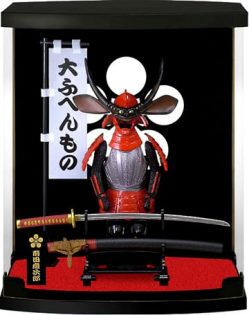 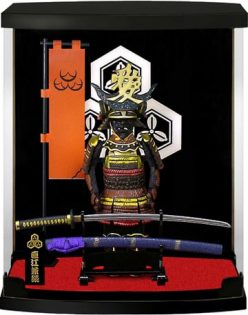 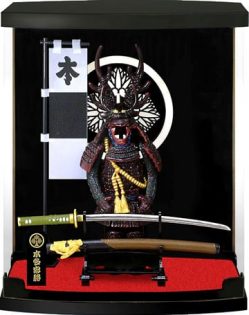 The Ō-Yoroi (大鎧) is a prominent example of Japanese armor. The term ō-yoroi means “great armor.”For the most part the Ō-Yoroi was a rich man’s armor and not used by lower ranking samurai. The armor was mainly worn by the higher ranking samurai on horseback. The lower ranking soldiers had armor that was similar to the ō-yoroi, but had fewer components, was lighter, and lacked the decorative markings of the higher ranking samurai. Ō-Yoroi first started to appear in the 10th century during the middle and late Heian period, and came into widespread use in the Genpei War around the 12th century when the call for armor was at its peak. Significant aspects of this armor were designed for cavalry archers. The boxy-shaped armor was heavier and did not allow as much movement or flexibility as its counterpart the do-maru, so the armor fell out of favor in the fifteenth century when samurai shifted to mostly infantry tactics.
Most of the information known about the ō-yoroi is based on the armor of the higher ranking officials since the armor was either donated to a shrine as an offering or maintained by the descendants of the original wearer. Many of the original components of the ō-yoroi still in existence have been replaced over time due to the items being lost or damaged. The few remaining examples of ō-yoroi are on display in museums in several different countries. There are also a few examples of ō-yoroi in Shinto shrines where they have been maintained and protected for centuries