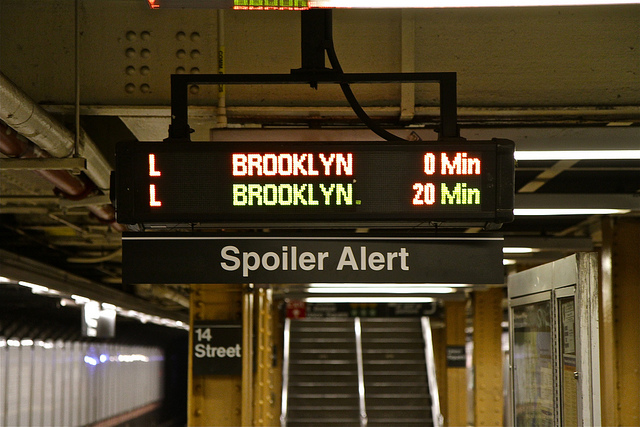 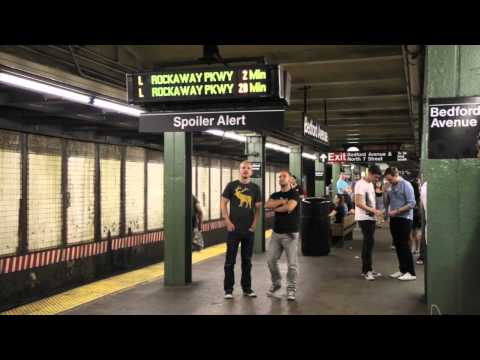 The Spoiler Alert signs are faith-enhancing adjustments to New York City subway platforms, creating opportunities for trust in the city’s most important institution in the face of its overeager self-quantified broadcasts.
In 2007, the New York City Transit Authority began installing LED signs on subway platforms that display estimated wait times for arriving trains. Unfortunately the information is little more than trivia: except for a few stations, it is only visible to travelers after they’ve paid their fare, so the data has little bearing on commuter decision-making.
Their primary effect, then, is to erode faith in the system, to create expectations that can’t always be met, to raise false hopes, and to erase the mystery and magic of the wondrous system that transports more than five million riders a day.
These LED signs also threaten historical social behaviors, rendering obsolete the time-honored New York tradition of leaning over the platform edge with the hope of glimpsing headlights from an approaching train.
The Spoiler Alert signs warn waiting riders of this potentially unwanted information — allowing them to avert their eyes so they may preserve their spirit of adventure — while still leaving visible the data for travelers who wish to ruin the surprise for themselves.