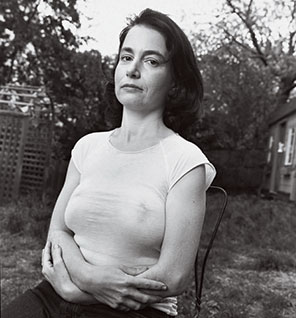 Lauren Slater (born March 21, 1963) is an American psychologist and writer. She is the author of six books, including Welcome To My Country (1996), Prozac Diary (1998), and Lying: A Metaphorical Memoir (2000). Her 2004 Opening Skinner’s Box: Great Psychological Experiments of the Twentieth Century, a description of psychology experiments “narrated as stories,” has drawn both praise and criticism. It was nominated for a Los Angeles Times Kirsch award for science and technology writing, and was named as a 2005 Bild Der Wissenschaft book of the year in Germany. Criticism has focused on Slater’s research methods and on the extent to which some of the experiences she describes may have been fictionalized.
Other awards Slater has won include the 1993 New Letters Literary Award in creative non-fiction, and the 1994 Missouri Review Award, and her work was included in The Best American Essays of 1994 and 1997. She has contributed to The New York Times, Harper’s, and Elle.
The Village Voice has called her “the closest thing we have to a doyenne of psychiatric disorder.”